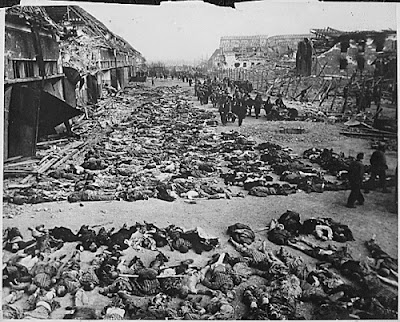 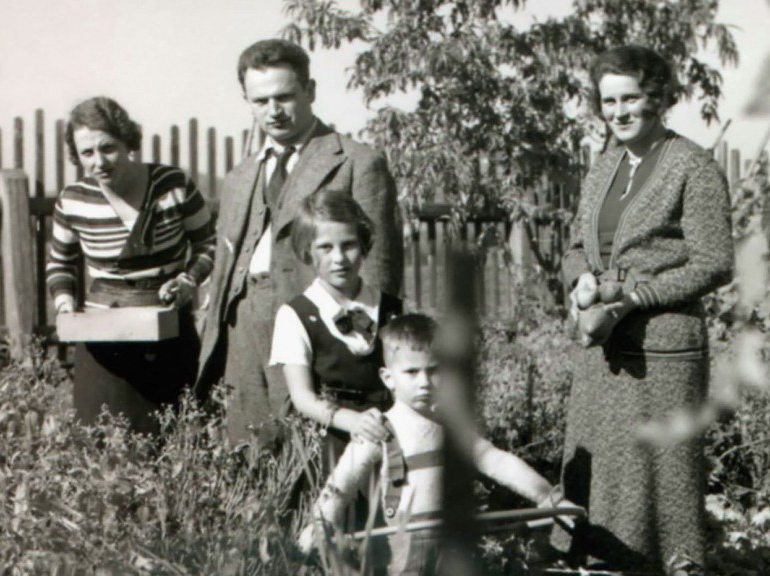 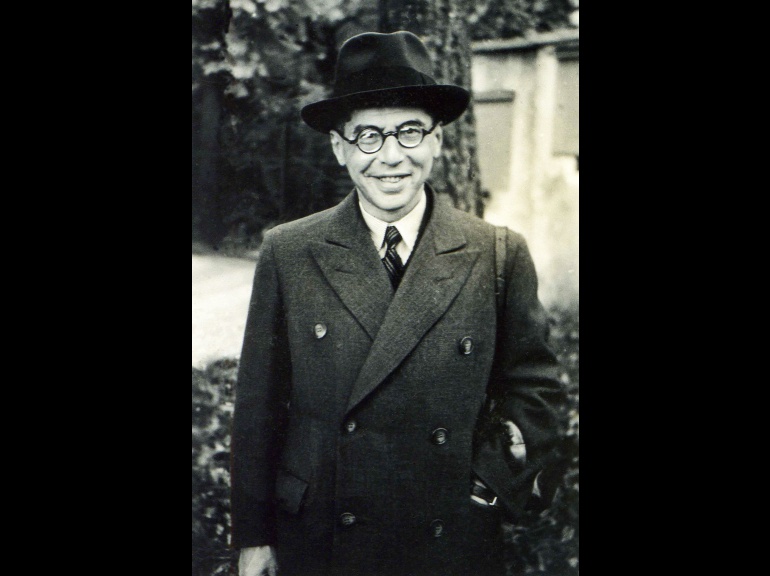 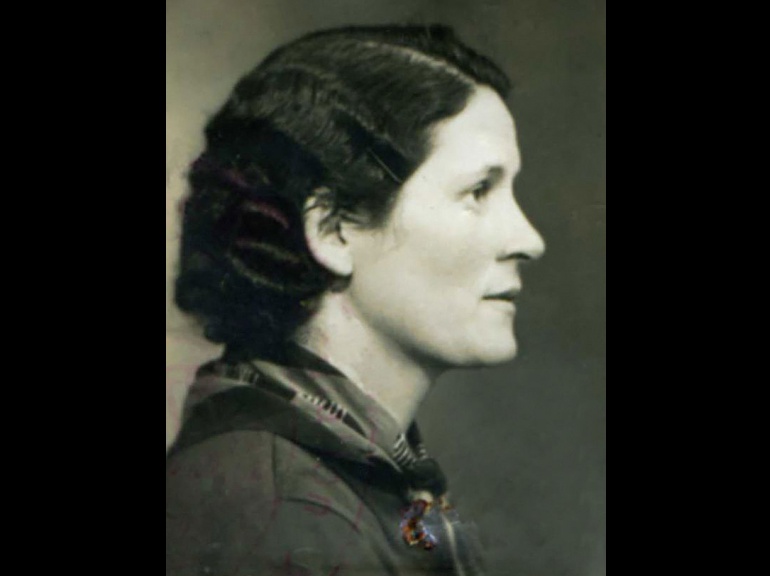 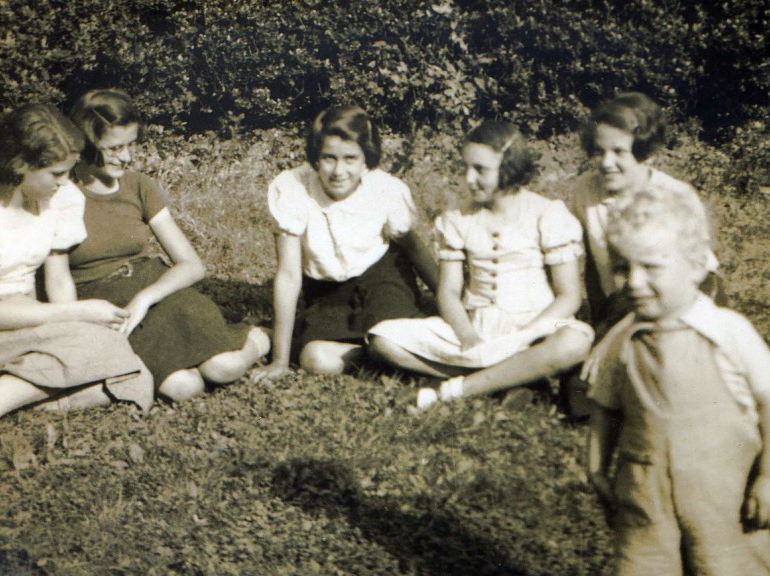 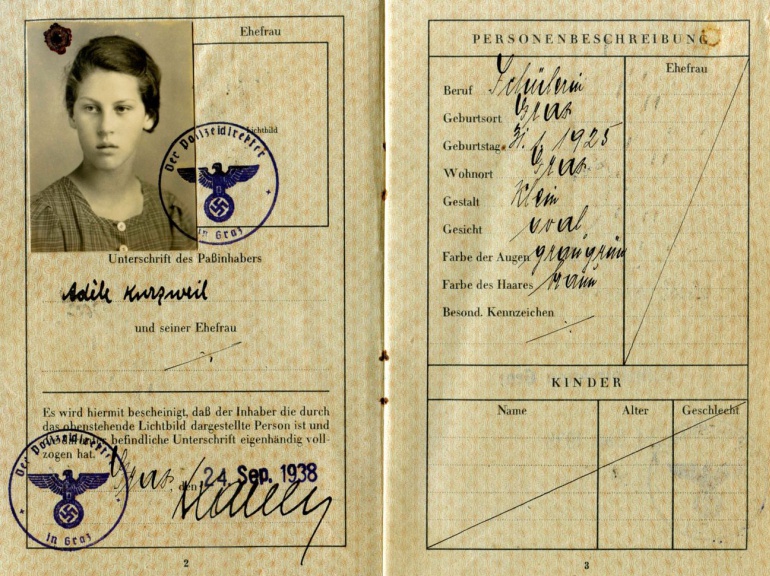 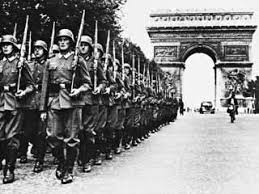 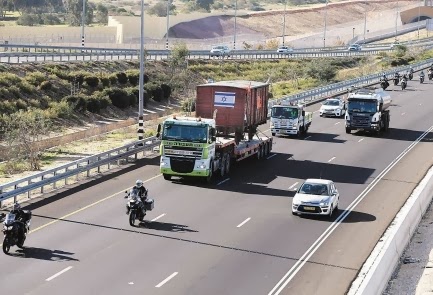 
Israel neither confirms nor denies the strike; doubts raised as to whether it is responsible. 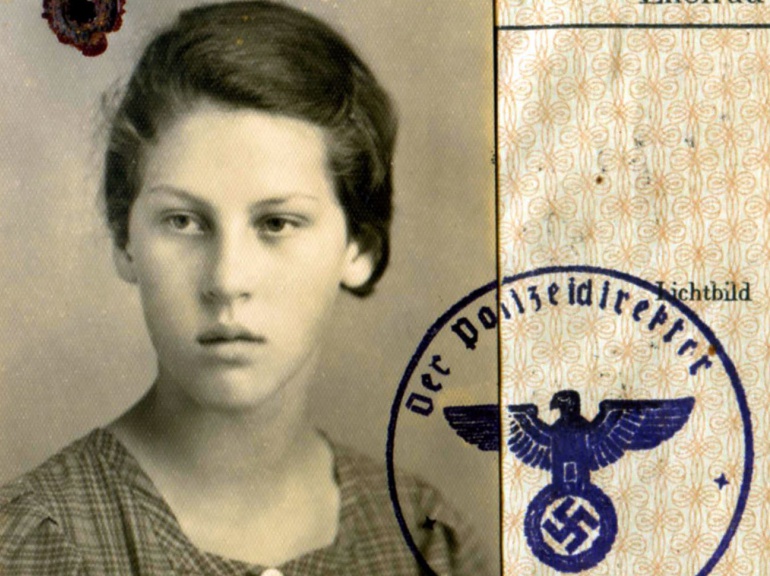 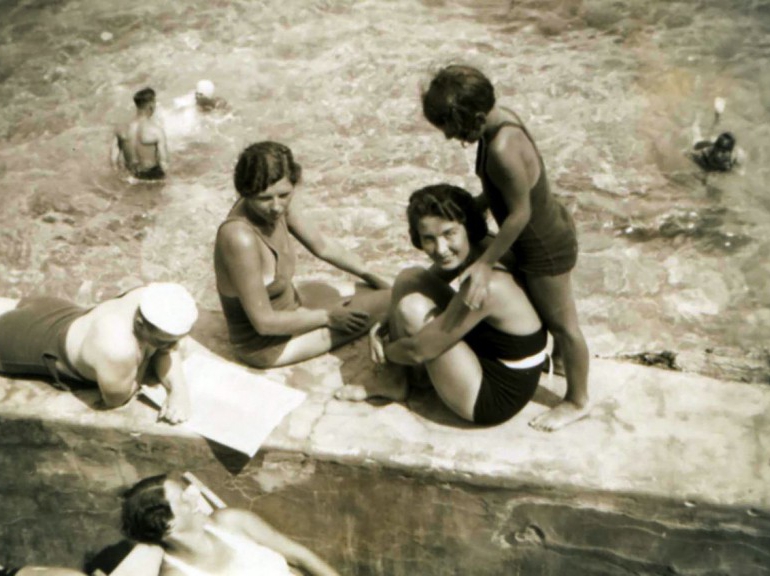 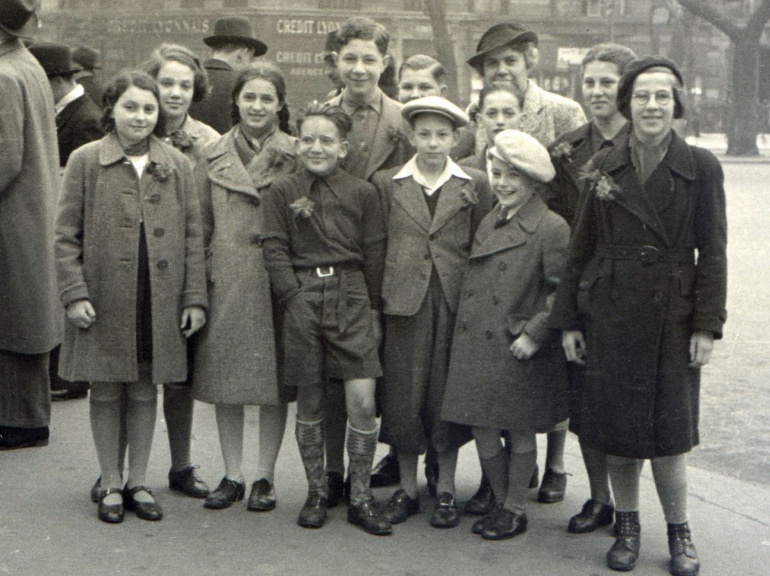 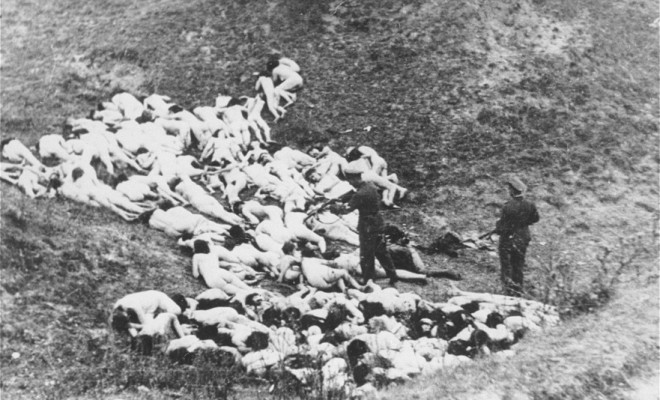 A panel discussion on "The Rescue of Jews in Albania" will explore the circumstances and values that led Albanians to bravely save the lives of the innocent during the Holocaust. In extraordinary contrast with much of the rest of Europe, Albania - a Muslim-majority nation occupied by Nazi Germany in 1943 and 1944 - proved a place of refuge for virtually its entire Jewish population and others who sought haven there. In all, some 2,000 Jews were rescued from the Nazi genocide in this small country.

The UN General Assembly designated January 27—the anniversary of the liberation of Auschwitz-Birkenau—as International Holocaust Remembrance Day. On this annual day of commemoration, the UN urges every member state to honor the victims of the Nazi era and to develop educational programs to help prevent future genocides.

NEW FILM RESOURCE FOR COMMEMORATIONS: THE PATH TO NAZI GENOCIDE

Produced by the Museum, this 38-minute film provides a concise overview of the Holocaust. It is intended to provoke reflection and discussion about the role of ordinary people, institutions, and nations between 1918 and 1945. Watch the film.
The Museum has partnered with the United Nations Outreach Programme to make the film available in all UN official languages: Arabic, Chinese, English, French, Russian, and Spanish.

For the 2014 commemoration, the Museum will host a candle-lighting ceremony at 11 a.m. on Friday, January 24, for Holocaust survivors, the Washington, DC, diplomatic community, and the general public in the Hall of Remembrance.
On Monday, January 27, the Museum will screen its new, short film about the Holocaust, The Path to Nazi Genocide, in the Helena Rubinstein Auditorium at 10:30 a.m., 11:30 a.m., 12:30 p.m., 1:30 p.m., 2:30 p.m., 3:30 p.m., and 4:30 p.m. Visitors also will be invited to read aloud the names of Holocaust victims in the Hall of Remembrance between 11 a.m. and 4:30 p.m.
From April 27 through May 4, the Museum will lead the United States in observing the Days of Remembrance, the nation’s annual commemoration of the Holocaust. Read more about Days of Remembrance and how to plan or attend one in your community.
Publicado por Unknown en 9:01 No hay comentarios: Enlaces a esta entrada 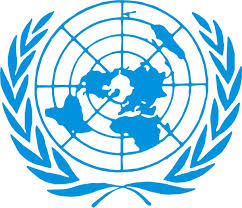 Resolution adopted by the General Assembly
[without reference to a Main Committee (A/60/L.12 and Add.1)]
60/7 Holocaust remembrance

Reaffirming the Universal Declaration of Human Rights,1 which proclaims that everyone is entitled to all the rights and freedoms set forth therein, without distinction of any kind, such as race, religion or other status,

Recalling article 3 of the Universal Declaration of Human Rights, which states that everyone has the right to life, liberty and security of person,

Recalling also article 18 of the Universal Declaration of Human Rights and article 18 of the International Covenant on Civil and Political Rights,2 which state that everyone has the right to freedom of thought, conscience and religion,

Bearing in mind that the founding principle of the Charter of the United Nations, “to save succeeding generations from the scourge of war”, is testimony to the indelible link between the United Nations and the unique tragedy of the Second World War,

Recalling the Convention on the Prevention and Punishment of the Crime of Genocide,3 which was adopted in order to avoid repetition of genocides such as those committed by the Nazi regime,

Recalling also the preamble of the Universal Declaration of Human Rights, which states that disregard and contempt for human rights have resulted in barbarous acts which have outraged the conscience of mankind,

Taking note of the fact that the sixtieth session of the General Assembly is taking place during the sixtieth year of the defeat of the Nazi regime,

Recalling the twenty-eighth special session of the General Assembly, a unique event, held in commemoration of the sixtieth anniversary of the liberation of the Nazi concentration camps,

Honouring the courage and dedication shown by the soldiers who liberated the concentration camps,

Reaffirming that the Holocaust, which resulted in the murder of one third of the Jewish people, along with countless members of other minorities, will forever be a warning to all people of the dangers of hatred, bigotry, racism and prejudice,

1. Resolves that the United Nations will designate 27 January as an annual International Day of Commemoration in memory of the victims of the Holocaust;

2. Urges Member States to develop educational programmes that will inculcate future generations with the lessons of the Holocaust in order to help to prevent future acts of genocide, and in this context commends the Task Force for International Cooperation on Holocaust Education, Remembrance and Research;

3. Rejects any denial of the Holocaust as an historical event, either in full or part;

4. Commends those States which have actively engaged in preserving those sites that served as Nazi death camps, concentration camps, forced labour camps and prisons during the Holocaust;

5. Condemns without reserve all manifestations of religious intolerance, incitement, harassment or violence against persons or communities based on ethnic origin or religious belief, wherever they occur;

6. Requests the Secretary-General to establish a programme of outreach on the subject of the “Holocaust and the United Nations” as well as measures to mobilize civil society for Holocaust remembrance and education, in order to help to prevent future acts of genocide; to report to the General Assembly on the
establishment of this programme within six months from the date of the adoption of the present resolution; and to report thereafter on the implementation of the programme at its sixty-third session.

January 27, the anniversary of the liberation of the Auschwitz-Birkenau extermination camp in 1945, was declared International Day of Commemoration in memory of the victims of the Holocaust by the United Nations in 2005. The memorial day this year is built around the theme "Journeys through the Holocaust".

On January 27, 1945, Soviet forces liberated the Auschwitz-Birkenau extermination camp, discovering the largest Nazi killing center in Europe. Auschwitz has become a symbol of the Holocaust, representing the depths of man's inhumanity to man.
In November 2005, the United Nations passed a resolution to mark January 27 as an international day of commemoration to honor the victims of the Holocaust, and urged member states to develop educational programs to impart the memory of this tragedy to future generations. Over 60 governments have legislated January 27 as an annual Holocaust Memorial Day and Holocaust remembrance ceremonies will be organized on the international, national, regional and local levels, including in universities and schools.
The theme "Journeys through the Holocaust" recalls the various journeys taken during this dark period, from deportation to incarceration to freedom, and how this experience transformed the lives of those who endured it. These are stories of pain and suffering, yet ultimately also of triumph and renewal, serving as a guiding force for future generations.

Largest Knesset delegation to Auschwitz-Birkenau
Sixty MKs and ministers, accompanied by 24 Holocaust survivors, State Comptroller Joseph Shapira, Supreme Court Justice Elyakim Rubinstein, Chief Rabbi David Lau, Yad Vashem Chairman Avner Shalev and some 250 other public figures are scheduled to arrive in Poland on January 27, 2014 – Holocaust Remembrance Day – for a one-day visit. This is the largest delegation of MKs to be sent since the Israeli parliament's establishment.

Knesset Speaker Yuli-Yoel Edelstein: ”The elected parliament of the nation in Israel is travelling to the valley of the killings in order to feel part of the pain and allow the memory to be engraved in our hearts. The significance of this difficult journey is huge, and I hope and believe that it will leave an impression that will honor the survivors and the memory of the Holocaust. I am proud of the Knesset, its members and the dignitaries who are accompanying them for their impressive undertaking.”

The delegation will march to the Birkenau concentration camp, followed by a memorial ceremony in which some 1,000 people, including members of the Polish parliament (the ”Sejm”), are expected to take part. Later, an inter-parliamentary gathering will take place in Krakow with the participation of MPs and prominent figures from Israel, the United States, Poland, Canada and other countries.
Publicado por Unknown en 8:08 No hay comentarios: Enlaces a esta entrada