A simple cease-fire in Gaza would give Hamas time to re-arm and renew its terrorist activities.
The demilitarization of Gaza would put an end to Hamas’s terrorist activities.
Which goal makes more sense?
President Barack Obama and Secretary of State John Kerry have been working hard to achieve a cease-fire between Israel and Hamas. This effort is shortsighted – and worse. A simple cease-fire would be a de-facto victory for Hamas. It would give Hamas the time and breathing space it needs to smuggle in more weapons, repair its terror tunnels, and launch new terror attacks on Israel. It would live to fight another day.
When Israeli Prime Minister Benjamin Netanyahu agreed on July 15 to the proposed cease-fire, he explained his decision in these terms: “We agreed to the Egyptian proposal in order to give an opportunity for the demilitarization of the (Gaza) Strip – from missiles, from rockets and from tunnels – through diplomatic means.” Likewise  Netanyahu said at a televised news conference on July 16: “The most important thing vis-a-vis Gaza is to ensure that Gaza is demilitarized.”
In a plan presented to the Prime Minister’s Office and the Knesset Foreign Affairs and Defense Committee last week, former Defense Minister Shaul Mofaz presented a detailed blueprint for demilitarizing Gaza.
Likewise, Tony Blair, the former British prime minister who is now the Quartet’s envoy to the Middle East, said on Israel Television’s Channel 10 on July 15 that there needs to be a “long-term plan for Gaza that…deals with the real security requirements of Israel in a permanent way…Hamas cannot carry on with the military infrastructure that it has.”
Admittedly, clearing Gaza of its weapons and military infrastructure would not be an easy task, considering the vast arsenal that Hamas has amassed since the last cease-fire two years ago. At the start of the current war, Hamas had an estimated 10,000 rockets on hand. These missiles are more sophisticated than in previous years, carrying heavier loads of explosives and reaching all across Israel, even up to Nahariya, along Israel’s northern border with Lebanon.
Hamas also has armed drones. It has huge weapons depots and bomb-making laboratories. It has concrete tunnels where terrorists hide and through which weapons are smuggled.
In March of this year, the Israeli navy intercepted an Iranian weapons ship bound for Gaza. Hidden underneath sacks of Iranian-made cement were dozens of M-302 surface-to-surface rockets with ranges of 50 to 100 miles. (Note: the distance from Gaza to Tel Aviv is 43 miles.) The weapons cache also included nearly 200 mortar shells, and 400,000 rounds of ammunition. In 2009 and again in 2011, Israel bombed convoys of weapons being transported from Sudan to Gaza.
Who knows how many other such Iranian or Sudanese arms shipments managed to elude the Israelis and reach Gaza?
This is not just a problem for Israel. This is a problem for the entire Free World. Israel is on the front lines in an international war against terrorism. Gaza is just one battlefield. As we learned long ago, what starts in Gaza or Baghdad or Kabul soon makes its way to London and Madrid and New York City.
The international community has demonstrated that when it musters the will, it can disarm terrorists. Serious international pressure and sanctions forced Syria to begin dismantling its chemical weapons last year. British pressure and steadfastness resulted in the disarming of the IRA terrorists. Perhaps that experience is shaping former Prime Minister Blair’s call for dismantling the Hamas terror infrastructure in Gaza.
Instead of continuing to pour billions of dollars in financial aid down the black hole known as the Gaza economy, the international community should turn its attention to Gaza’s weapons. It’s time to follow up on the success in Ireland and the progress in Syria, by demilitarizing Gaza. The people of Gaza need butter, not guns, and the people of the Free World need peace, not terror.
The seventh lesson from the Gaza war: Demilitarization of Gaza, not a ceasefire, must be the goal not only of Israel, but of the entire Free World.
Moshe Phillips and Benyamin Korn are members of the board of the Religious Zionists of America.
Publicado por Unknown en 14:12 No hay comentarios: Enlaces a esta entrada 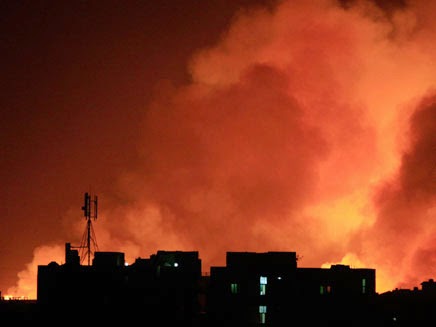 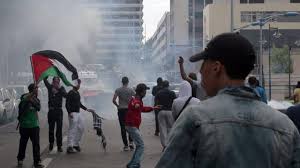 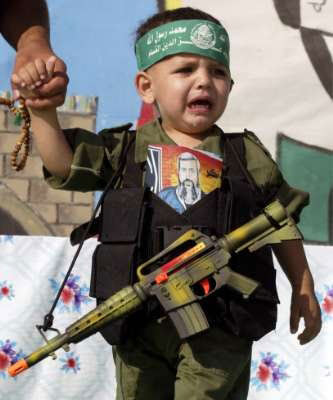