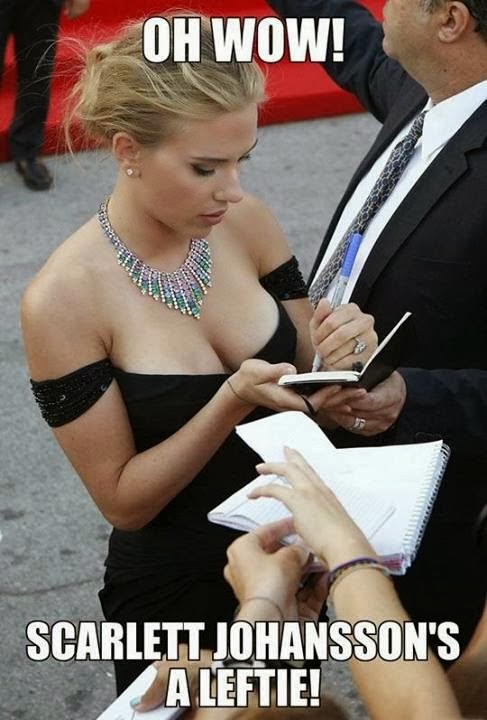 The darker side of Oxfam

Is there a darker side to Oxfam?
Scarlett Johanssen’s breakup with Oxfam over her support for the Israeli company SodaStream has caused fresh scrutiny to be applied to the charity. And with fresh scrutiny comes fresh revelations.
On Sunday, an Oxfam spokesman gave his organisation's official line to Ha'aretz, a Left-leaning Israeli newspaper.
"We don't provide financial support to the BDS [Boycott, Divestment and Sanctions] campaign or fund activities that call for a boycott of Israel,” he said.
“Oxfam is not opposed to trade with Israel, and we don't support a boycott of Israel or any other country. However, we do oppose trade with Israeli settlements in the West Bank."
One would expect no less from a charity dedicated to eradicating poverty around the world.
As the latest iteration of the Oxfam website puts it, “lift one person and they will lift others”. This is supported by a short film displaying the slogans, “water for good, food for good, earn for good, learn for good, grow for good, together for good, all for good, lift lives for good”.
But lurking behind this carefully-crafted website, and indeed the spokesman’s carefully-worded statement, is a rather different reality.
In truth, Oxfam channels charity funds to political groups which follow deeply partisan agendas, and support the boycott of Israel.
Over the last few years, Oxfam GB and the Dutch branch of the charity, Oxfam Novib, have granted many tens of thousands pounds to Coalition of Women for Peace(CWP).
This group is linked to whoprofits.org, a website that publicly identifies boycott targets, including Israeli banks, utility providers and companies like SodaStream.
In 2013, Oxfam Novib alone donated more than £70,000 to the group.
Some of the companies listed have just the vaguest connection to the West Bank or the Israeli military.
Motorola is named because of its “long-standing cooperation with Israeli security forces” (it provides the Israel Defence Force (IDF) with encrypted smartphones). Hewlitt Packard, also mentioned on the site, has provided computer systems and biometric access control systems to the IDF.
Oxfam Novib, which receives tens of millions of Euros from the Dutch government, is also a substantial supporter of the Palestinian Centre for Human Rights(PHCR), the organisation behind many "lawfare" suites against Israel, including attempts to arrest Israeli officials abroad.
In 2009, it sponsored Ali Abunimah, co-founder of the popular anti-Israel website Electronic Intifada, to give a presentation in the Netherlands in which he advocated BDS and accused Israel of “ethnic cleansing”, “colonisation” and “apartheid”.
Last year, Oxfam's logo also appeared on a poster advertising a conference promoting the elimination of Israel as a Jewish state, which was organised by a radical group called Zochrot. Oxfam, however, denies any involvement.
Moreover, as I reported in December, Oxfam GB (as well as UNICEF and Christian Aid) has funded the controversial Left-wing pressure group Breaking the Silence.
Alun McDonald, Oxfam spokesperson in Jerusalem, said: “Oxfam funds Palestinian and Israeli civil society organisations on projects to reduce poverty and address injustice. We value the independence of our partners and we do not expect our grantees to agree with us on all policy issues. We do not provide support to partner activities that call for the boycott of Israel.”
But according to Professor Gerald Steinberg, the president of NGO Monitor, the agenda behind Oxfam's statements is clear. "For Oxfam to say that it does not support the boycott is like a company claiming that it opposes air pollution, but invests in a coal power plant," he said.
Israel has taken steps to address the problem of foreign entities interfering in Israeli politics by proxy.
In December, a bill was passed which levies a 45 per cent tax on donations from foreign organisations or governments to NGOs that support BDS, demand Israeli soldiers to be tried in international courts, or support terrorism against Israel.
It remains to be seen whether this will deter Oxfam and others from funding Israeli political groups. Either way, next time you consider setting up a standing order to donate money to Oxfam, it might be as well to bear in mind where this money is going.

Jake Wallis Simons (@JakeWSimons) is a Telegraph features and comment writer. His fourth novel, Jam, which is set in a traffic jam on the M25, is coming out in spring 2014. He also broadcasts for BBC Radio 4. His website is jakewallissimons.com; you can listen to his audio clips on Soundcloud; he has a Facebook page; and on Twitter he can be found at @JakeWSimons

The darker side of Oxfam